What are the causes of male infertility 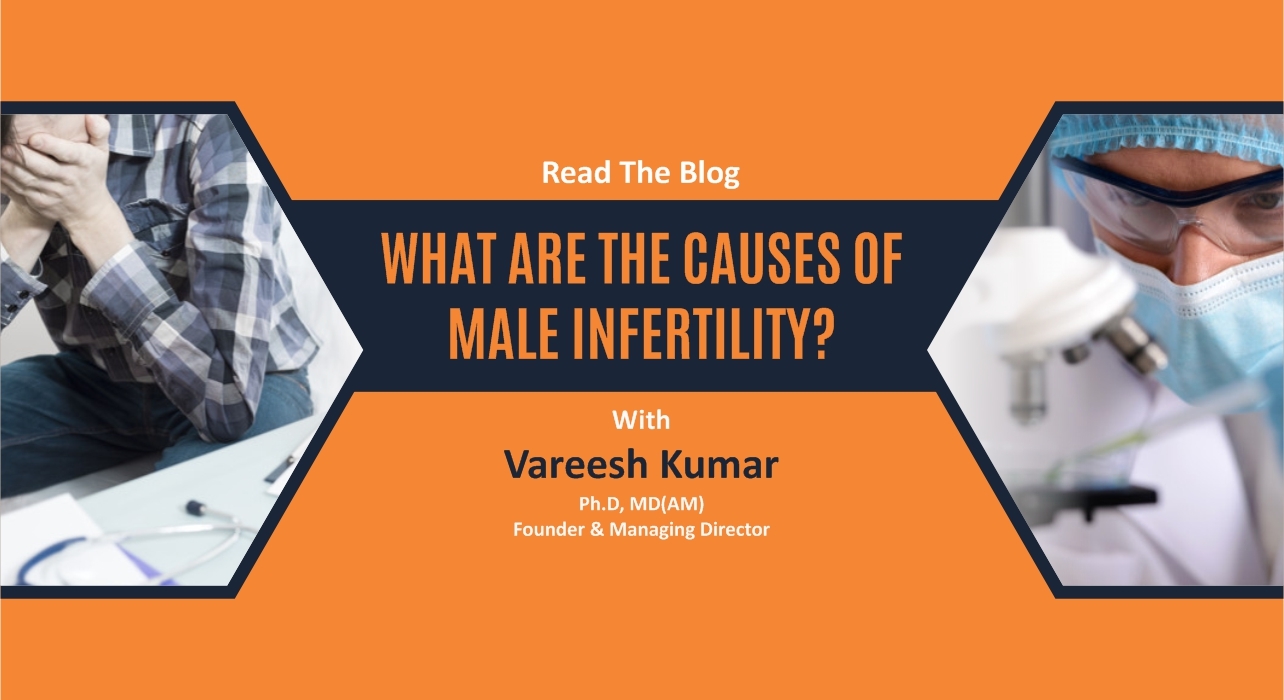 Having a child is simply an extraordinary and natural feeling. However, for some couples, it can be very tough to have a child. As male infertility typically depends on the quantity and quality of your sperm. If you have a low number of sperms or poor-quality sperm, it will be challenging, and in some cases impossible, to conceive a child.

If you’ve been trying to conceive without success for more than a year, and you’ve been having intercourse at least two times a week, it’s essential to visit a doctor. If you’re aware of factors that could affect your chances of getting pregnant it’s a great idea to consult a consultant earlier on. The couple should be tested for reproductive issues immediately.

Infertility can be raised by issues that disturb sperm production or how the sperm travels. Some medical treatments can prevent the cause. About two-thirds of infertile males have an issue where they produce low sperm count and sperm that are not active.

About one in five infertile males have other physical challenges, including those who’ve had a vasectomy but now want to have babies. Blockages in the tubes leading from the testicles to the penis can stop your sperm ejaculation.

Issues with male fertility can be caused by several health problems and medical treatments. Some of these include:

It creates inflammation of the veins that damage the testicle. It’s the most common reversible cause of the problem. Although the exact reason for this problem is unknown, it may be associated with abnormal testicular temperature regulation. Varicoceles damage the quality of the sperm.

Treating the varicocele can enhance the sperm count and function, and may potentially provide good results when utilizing assisted reproductive techniques such as in-vitro fertilization.

Some infections can stop sperm production or damage sperm health or can block the passage of sperm. These include swelling of the epididymis or testicles and some sexually transmitted diseases, including HIV or gonorrhea. Although some infections can cause permanent testicular damage.

Some males with spinal cord injuries or certain disorders can’t ejaculate semen, even though they still generate sperm. Often in these cases, sperm can still be utilized in assisted reproductive techniques.

Cancers and nonmalignant tumours can damage the male reproductive organs directly, through the pituitary glands that produce hormones related to reproduction, or through unknown reasons. In some cases, treatments like surgery, radiation or chemotherapy to prevent tumours can destroy male fertility.

In some men, during fetal development, one or both testicles do not descend from the stomach into the sac that usually contains the testicles. Men with this condition have decreased fertility

Infertility can occur from problems of the testicles themselves or an abnormality affecting other hormonal systems including the pituitary, hypothalamus, thyroid and adrenal glands. Low male hypogonadism and other hormonal issues have many causes.

Inherited diseases such as Klinefelter’s syndrome — in which a man is born with two X chromosomes and one Y chromosome — cause wrong development of a man’s reproductive parts. Other genetic syndromes are Kallmann’s syndrome, cystic fibrosis, and Kartagener’s syndrome.

These problems can include difficulty in keeping or maintaining an adequate erection, premature ejaculation, painful sex, anatomical abnormalities such as having hypospadias, or psychological or relationship issues that interfere with sex.

Performing sitting tasks for long periods, wearing tight clothing or working on a PC or laptop for a long time also may enhance the temperature in your scrotum and may slightly decrease sperm production.

Health and other causes

Anabolic steroids to grow muscles can shrink the testicles and decrease sperm production. Use of drugs and drinking alcohol may temporarily damage the number and quality of your sperm as well. These activities cause erectile dysfunction and reduce sperm production.

Study shows that the chances of getting pregnant may be lower if a male partner has severe depression. Also, depression in males may cause sexual problems due to reduced libido, ED, or delayed or inhibited ejaculation.

Overweight can harm male infertility in several ways, including a direct impact on sperm themselves as well as by making hormone changes that decrease male fertility.

Usually the real cause of infertility can’t be identified. Even if an exact cause isn’t identified, your specialist might be able to suggest some treatments or procedures. These procedures include:

In cases where no sperm are present in the body, sperm can usually be established directly from the testicles or epididymis using sperm-retrieval procedures.

Medication or counseling can enhance fertility in some conditions such as erectile dysfunction or premature ejaculation.

Your infertility specialist might prescribe some essential medicines in cases where infertility is caused due to high or low levels of specific hormones or some other issues with the hormones.

ART involves retrieving sperm through normal ejaculation, surgical procedures or from donors, depending on your particular case and desires. The sperm are then inserted into the female genital tract, or utilized to do IVF or intracytoplasmic sperm injection. Finding out that you’re infertile is usually dreadful and upsetting news. There’s still an old saying that infertility is a woman’s issue. So males are generally unprepared when they’re told there is an issue with their sperm.

Fertility issues can harm a male’s sense of masculinity, sexuality, and potency. It’s very common to have an emotional reaction to infertility. Talking with a specialist, a sexual therapist, or consultant can usually help with any wrong feelings you might be having.

If you have any male infertility-related concerns or queries, Vardaan Medical Centre, the best fertility center in Jalandhar, is here to provide you with the best feeling of becoming parents. We offer an exceptional and comfortable environment utilizing modern technology and equipment on the way to achieving a safe and healthy pregnancy.

Does premature ejaculation cause infertility?

Premature ejaculation has direct harmful effects on male fertility. This can due to physical problem like anxiety, low self esteem; diabetes or consumption of drugs, alcohol or smoking.