Types and Impact of PCOS 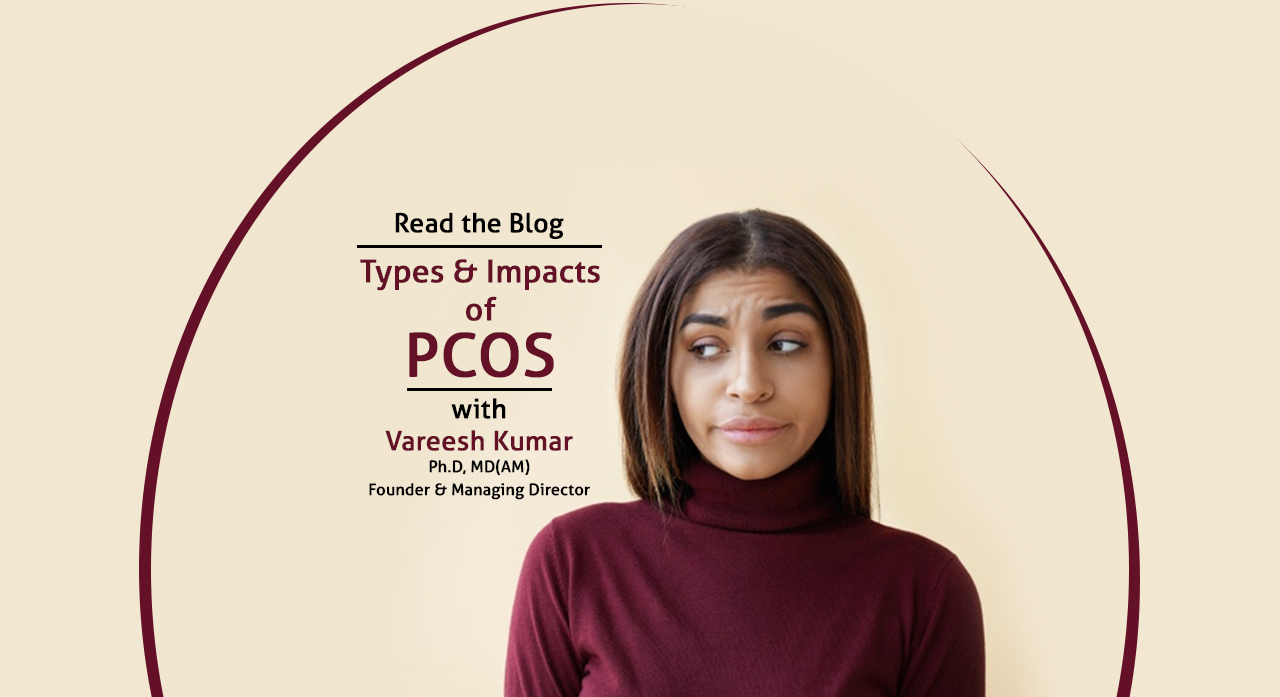 Laura Starr, at the age of 16, observed a sudden increase in her weight. Despite all her hard efforts, weight loss became a daunting and impossible thing. Other unusual signs which were alarming and a matter of concern for her were excess hair growth and irregular menstrual periods. All this was affecting her mental health at the age of 16

When symptoms got worse, she consulted an experienced gynecologist. After several blood tests, she was diagnosed with Polycystic Ovary Syndrome. Less, she knew that she was not alone.

More than 116 million women report having this syndrome every year. The only regret that she has today at the age of 27 is if she had known about this issue, her health would not have deteriorated to such an extent.

The absence of guidelines and lack of awareness about PCOS has made this syndrome worse, says several doctors and professors. Women with PCOS need to be educated, listened, and supported, which is the foremost step in treating PCOS, they added. To make you aware and have a better understanding, we have penned down a post that addresses what PCOS is, its types, treatment, and impact.

Polycystic Ovary Syndrome is a common hormonal disorder that has plagued 70% of women globally. PCOS is diagnosed in women of childbearing age that affects the women’s ovaries, reproductive organs, and hormones that regulate menstruation. The ovaries start producing male hormones called androgens in small quantities. This results in restricting women from ovulating and contributes to several long-term health problems like diabetes and heart diseases.

What are the types of PCOS?

There are four types of PCOS which have been discussed in this section:

This type is the most common and prevalent of all the PCOS. The underlying reasons for this PCOS are smoking, sugar, trans fat, and pollution. In this type of PCOS Treatment, high-levels of insulin restrict ovulation, and they trigger the ovaries to create the male hormones, i.e. testosterone
Tip: It’s better to shun the sugar from your life if you want to treat insulin-resistant PCOS.

The second most commonly detected type of PCOS is pill-induced PCOS. It tends to occur due to the consumption of birth-control pills that restrict ovulation functionality among women.

Stress, environmental toxins, and consumption of an inflammatory diet cause inflammation. This results in a massive imbalance of hormones and the production of androgens that ultimately prevent ovulation

As the name suggests, this kind of PCOS is a hideous one. Once the cause of this type is discovered, the doctor recommends substantial treatment to resolve the issue within three-four months of detection
As per doctors, the causes that become the reason for this type of PCOS are thyroid, deficiency of iodine and zinc, vegetarian diet, and artificial sweeteners.

What are the symptoms of PCOS?

Some women develop PCOS symptoms during their first menstrual cycle, and some only discover when they gain weight excessively or try to get pregnant.

However, the symptoms may vary from patient to patient, but the most commonly observed signs are:

Prolonged, infrequent, and irregular periods are the foremost alarming signs and a clear PCOS indicator. Women with PCOS often complain about missed or fewer periods. Some women also complain that they have periods more than usual and have heavy bleeding.

Severe acne issue on the chest, face, and upper back is another PCOS symptom.

Male pattern baldness is observed in women with PCOS.

There is a rapid increase of weight in women housing PCOS, which becomes very difficult to lose.

Body parts, especially the neck creases, underneath breasts, and in the groin, tend to become darker. Other than these, headaches, mental instability, depression, high blood pressure, sleep disorders, pelvic pain, and infertility are the signs of PCOS that need to be addressed as soon as they are observed.

What is the treatment for PCOS?

There is no specific treatment for curing PCOS to date. However, certain medications and lifestyle changes can help you curb its symptoms and prevent it from worsening…

Doctors often recommend medicines for controlling diabetes, which will directly influence the level of sugars and restrict PCOS.

Infertility is the worst symptom of PCOS that women fear to suffer from. However, for such cases where PCOS causes infertility, doctors recommend treatments like IUI, IVF, and other suitable approaches. This may not deal with PCOS, but will definitely curb infertility..

Lifestyle interventions play a significant role in controlling the negative impact of PCOS. Regular exercising, consuming a balanced PCOS diet enhance your chances of pregnancy, and weight loss can help you fight the syndrome’s symptoms and restrict its worsening effects

Surgery is often the last resort in PCOS when other treatments fail to work. Ovary drilling is one such surgical solution that helps women resume ovulation and minimize the effects of PCOS.

What is the impact of PCOS?

PCOS has a significant negative impact on women’s health by causing lifelong complications and several other severe disorders.

If you are a woman with PCOS, it may impact you in the following ways:

PCOS stands as the leading cause of infertility among women. For conceiving, you ought to be ovulating, but PCOS restricts your hormones from doing so. Thus, this ends making women infertile.

Another disturbing impact of PCOS on women is sleep apnea, due to which they struggle with breathing during night time that results in interrupting their sleep. This condition is more common in obese women with PCOS, and the risk of sleep apnea is 5 to 10 times higher in them.

This type of cancer tends to occur when women don’t ovulate. This happens when the uterine lining does not shed and builds up, forming endometrial cancer.  and weight loss can help you fight the syndrome’s symptoms and restrict its worsening effects

Discovering that you have PCOS is a lot to handle, and it slowly and steadily deteriorates one’s mental health. Women with PCOS often suffer from prolonged anxiety and depression because of the impact the syndrome brings with it.

How can Vardaan Medical Center help?

PCOS not only disrupts the hormonal health of women but also crumbles their mental health. However, with no PCOS-specific treatment, awareness, and education are essential to early detection and faster recovery. So, it is highly recommended to consult our gynecologist in Amritsar, Jalandhar or Srinagar as soon as you discover any unusual symptoms. .

Connect with Vardaan Medical Center, if you are struggling with PCOS both mentally and physically. Our doctors are known for offering significant help and hope to women with PCOS. Our proficient team of gynecologists are available 24X7 to listen, educate, support, and provide dedicated medical assistance to patients. tility centre, to know about all your individual complications before starting a family at this stage in your life.

We Provide E-Consultation to Patients living far off. You can ask us a Question & our Team of Medical Experts will reply you with the Advice.

Scroll Up
Book An Appointment